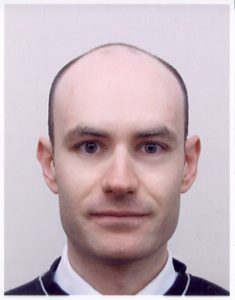 Wojtek Bagadzinski commenced his training in karate at the Hurstville Dōjō in 1994, under Glenn Wheeldon. He continued his study under Pat Harrington and Shane Chapman and at the other Sosuishi-ryu Australia (now Lotus Dojos) locations in Sydney. Wojtek was made a member of the Karo (leadership council) of Sosuishi-ryu Australia in 2006, providing proactive and strategic input into its direction in his time in the role. He became the Chief Instructor of the Hurstville Dōjō in 2005 and has led it with unswerving commitment, relocating in 2019 to its current location in St George.

In July 2017, Wojtek resigned from Lotus Dojos Australia and joined Kumataka Dōjōs. Along with Gabriel Dayeh, he proudly leads Kumataka Dōjōs St George, sharing the Kumataka organisational mission, to practice and propagate authentic budō and bujutsu of Japan and Okinawa.

His first visit to the SJJK Hombu Dōjō, the Sekiryūkan in Fukuoka, was in 2000 and he has returned numerous times since then. In addition to his leadership, teaching and administrative duties, Wojtek also studies Sōsuishi-ryū Jujutsu and Kōdokan Jūdō. He is a proud member of the Sōsuishi-ryū Jujutsu Kai Australia (SJJK-AUS). Kumataka Dōjōs St George is one of the few places in Australia offering this rare art in its legitimate form.

Wojtek is accredited as a martial arts instructor with the Martial Arts Industry Association (MAIA) and has all Apply First Aid and Working With Children clearances. St George is an inclusive, family-oriented dōjō, training adults and children, and this is largely due to Wojtek’s welcoming and generous nature.